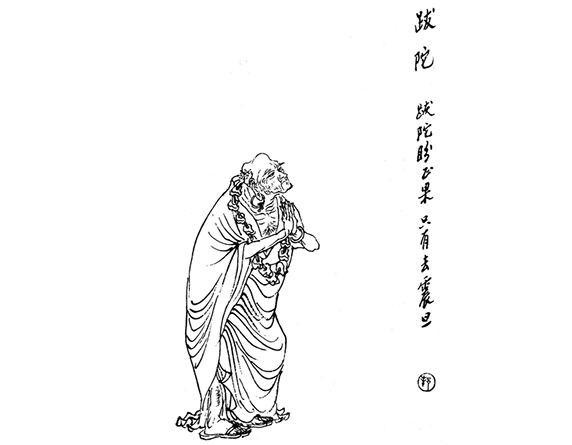 Buddhabhadra (359-429), also known as Buddha, was an eminent monk of India. He preached Buddhism in China during the reign of emperor Xiaowen in Northern Wei Dynasty, deeply respected. The Northern Wei Dynasty moved the capital to Luoyang where emperor Xiaowen built a temple for him. Afterwards emperor Xiaowen built another temple for Buddhabhadra under Shaoshi Mountain among Songshan Mountains. It is the present Shaolin Temple whose first abbot and founder was Buddhabhadra. He translated scriptures including The Avatamsaka Sutra, The Nirvana Sutra, Vimalakirti Sutra and so on.