On January 25, 2022, students from the Shaolin Temple of Canada, under the guidance of head Shi Yandi, brought an authentic Shaolin Kungfu show to more than 10 thousand audience in the Rogers Arena--the biggest entertainment venue in British Columbia, to cerebrate the Chinese New Year together. 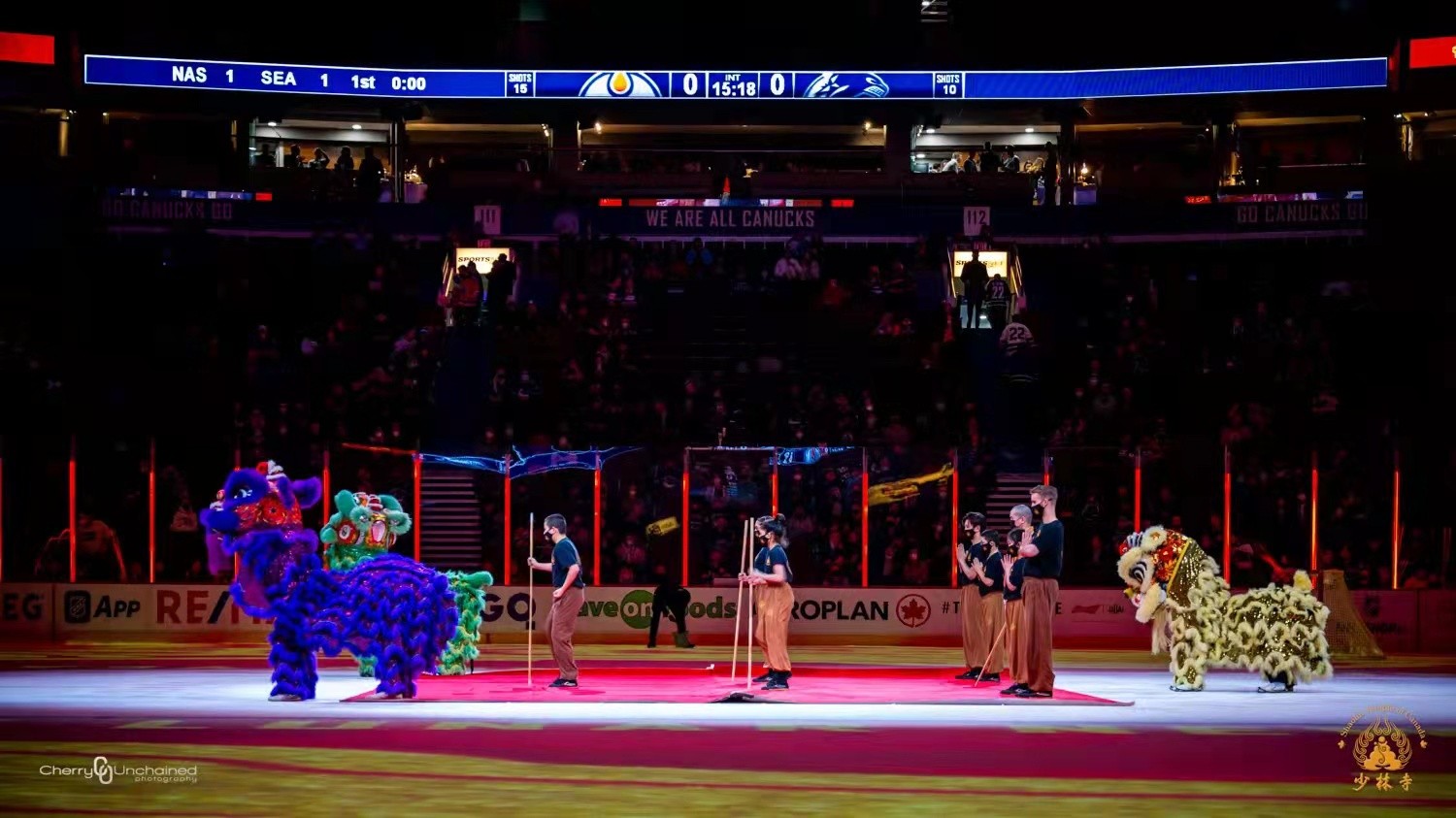 CANUCKS is the most popular sports team in Vancouver and British Columbia and also an important member of NHL. Previously, they sincerely invited master Shi Yandi and the Shaolin Temple of Canada to attend the 2022 Year of the Tiger celebrations. 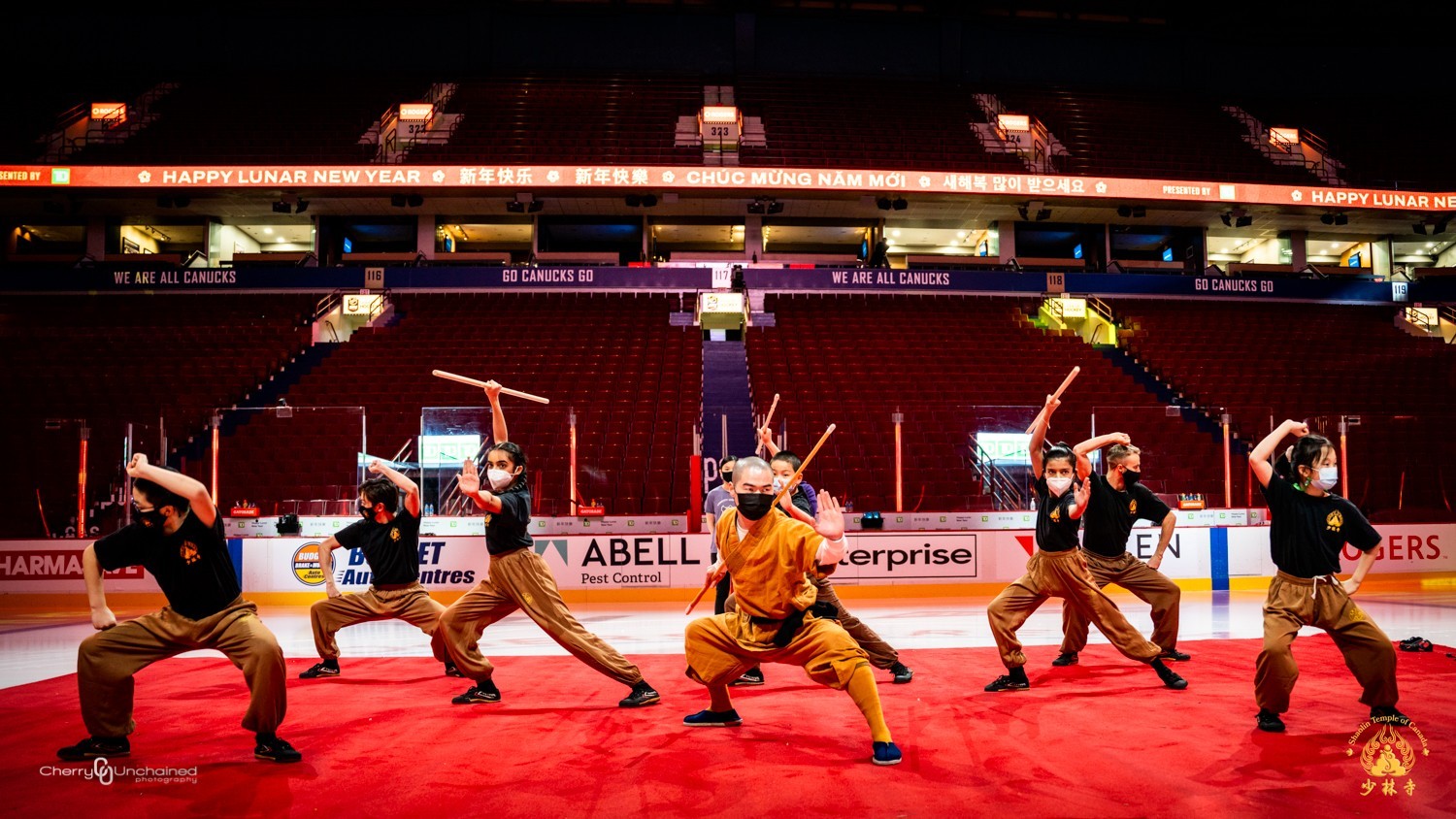 Shi Yandi and students entered the arena stage of the skating rink performing Shaolin Thirteen Boxing and Shaolin cudgel at 8 pm that night. 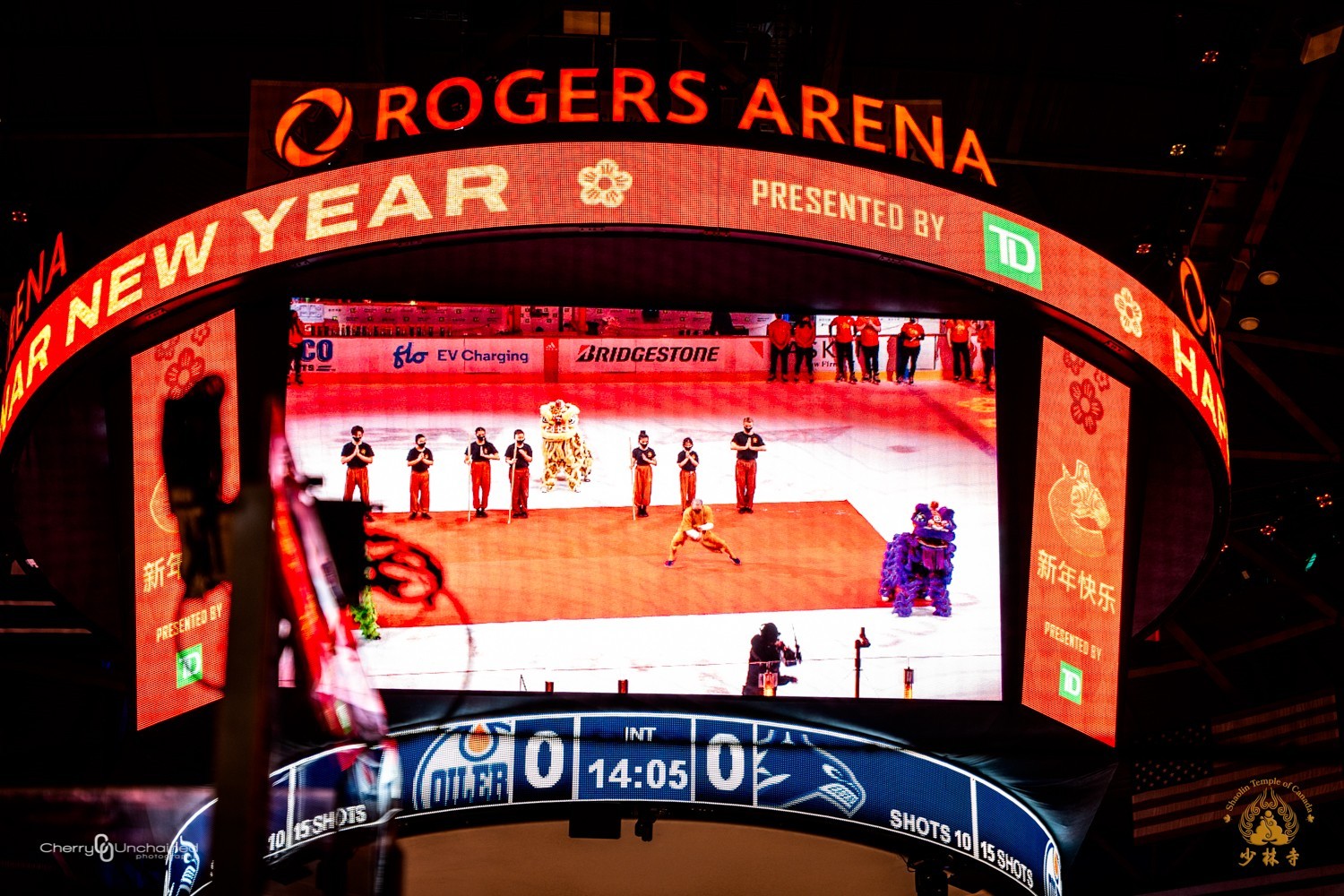 It was an exciting night of celebrating the traditional Spring Festival. A series of activities including music, lion dance, Shaolin Kungfu and ice hockey competition were hosted to celebrate the lucky 2022 New Year together. 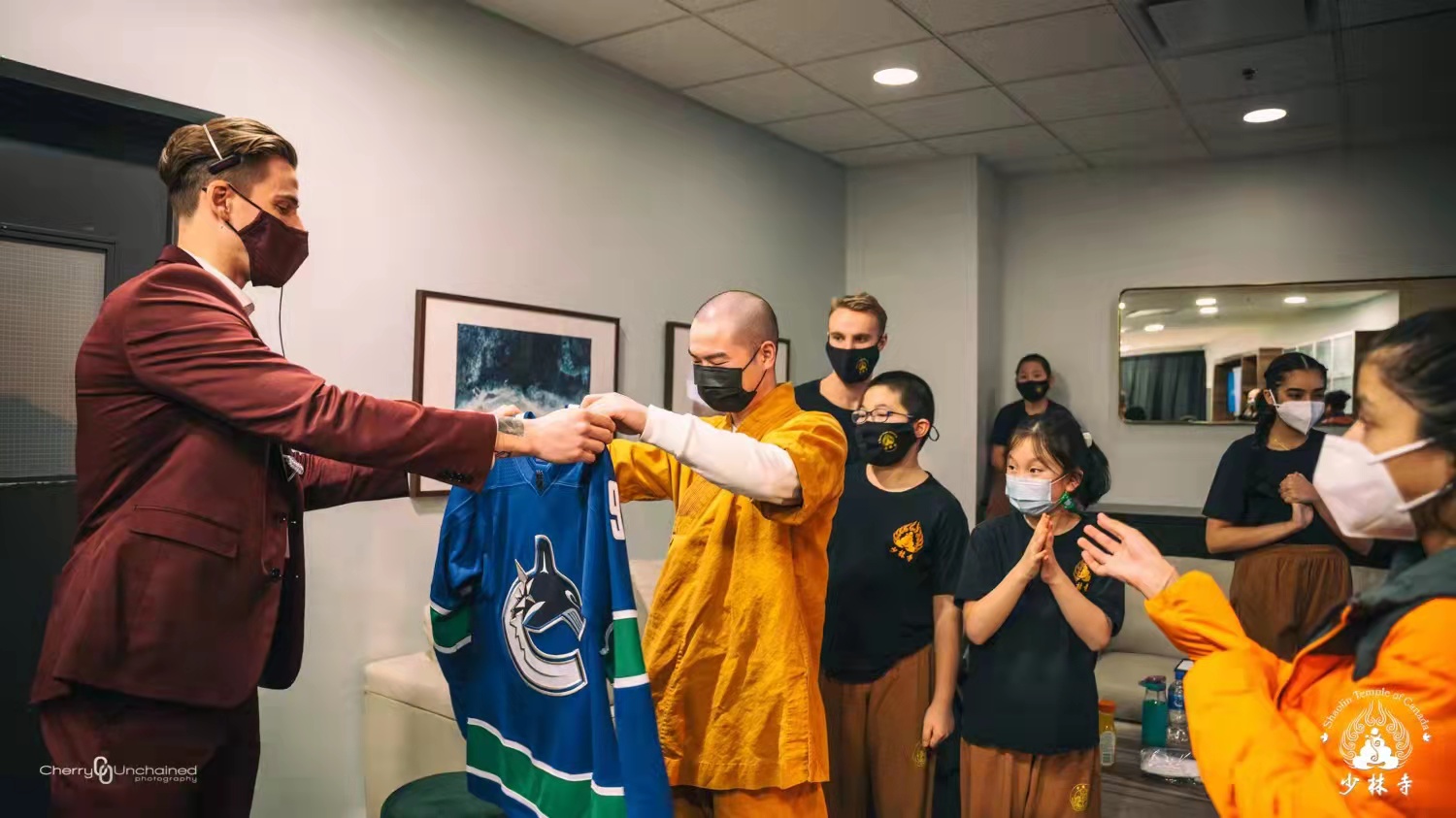 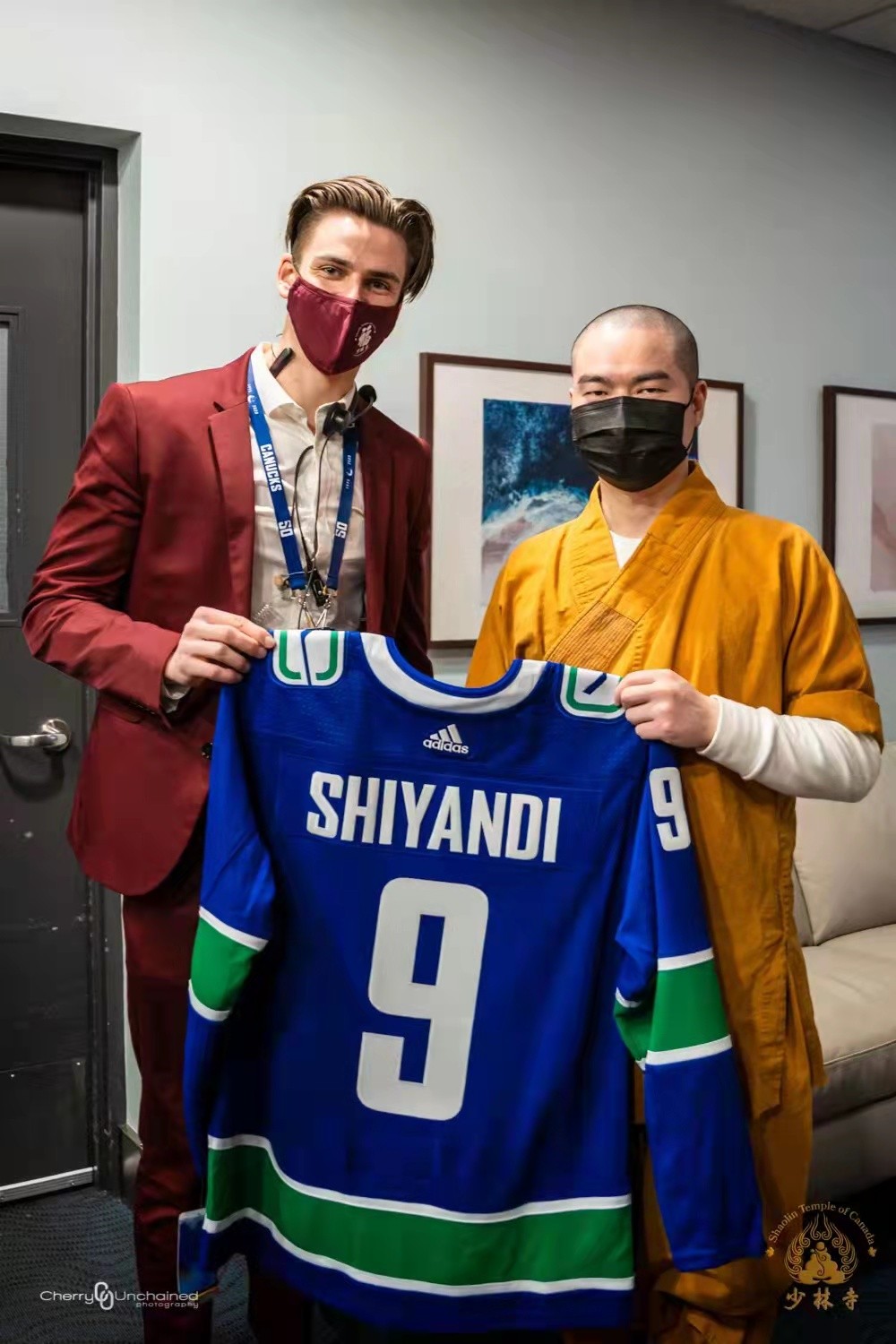