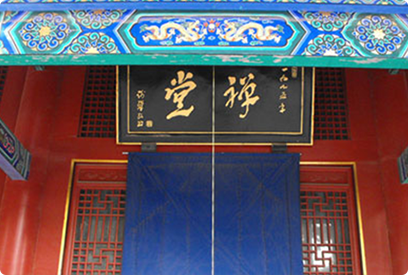 The Meditation Hall is the core of temples, so called the “Awakening Hall”. Shaolin Temple has always hosted the dharma assembly of Chan Qi annually since the Meditation Hall was restored. All dharma monastics from around the country will come at the appointed time, sitting in meditation and achieving realization within a set timeframe here.