Cut Off from the Outside World and Achieve Realization within a Set Timeframe: Chanqi: Enter into the First 7-Session Meditation Chan Qi of Shaolin Temple in Gengzi Year 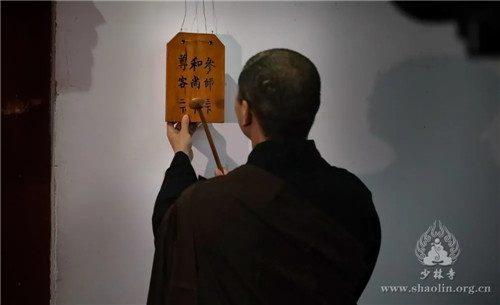 November 19 or the 5th day of the tenth lunar month is the birthday of Patriarch Bodhidharma when Shaolin Temple’s first 7-day session Qi Qi of diligent and progressive Chan Qi started in winter this year. This Chan Qi invited master Shaoyun, master Xiuuan, master Benru, master Yaorong, master Longzhong and master Zhengchao as the first seat, master Yandian as the west seat, master Xufa as the rear seat, master Changci as the court head, master Yanchi as Karmadana, master Yanzheng as the temple chef as well as master Yandian and master Yanli as the guest prefect. A total of 106 Chan monastics gathered at the Meditation Hall of Shaolin Temple, cutting off from the outside world and achieving realization within a set timeframe. 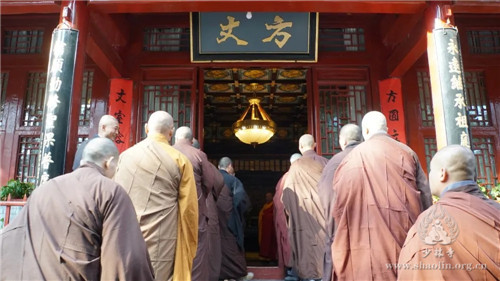 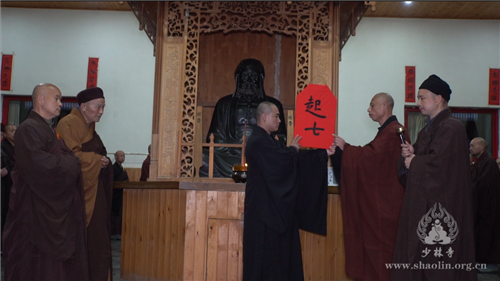 When winter comes, heaven and earth are closed and stored; cut off from the outside world, learning and receiving right views. Every winter, with the grains in storage, is the perfect time to practice the most diligent and progressive meditation or Chan Qi. Chan Qi, taking 7 days as a session, consecutively practices seven 7-day sessions totaling 49 days from the birthday of Patriarch Bodhidharma every year.

Chan Qi is the most supreme Buddhist activities in Shaolin Temple every year. During the Chan Qi, all Buddhist rites conform to the principle of simplicity. The whole temple must uphold and protect Chan Qi and make masters achieved realization, and ensure completing the Chan Qi successfully. Within the Meditation Hall, Chan monastics balanced body and mind through the methods of sitting in meditation and running for the duration of burning incenses, which is the most diligent and progressive method to meditate, striving for liberation from the circles of life and death and seek realization. 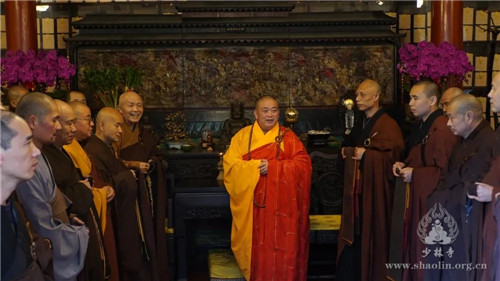 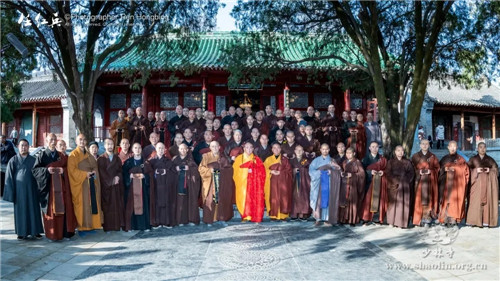 After breakfast at 6:30 am, monastics lined up to the Meditation Hall, standing both sides centering on the figure of Patriarch Bodhidharma. An attendant held the board written Qi Qi in his hand entering the middle of the Meditation Hall, raising it up, then middle, then west, then middle again, then east and middle again at last, walking forward the east side of the niches, holding the board towards Karmadana who folded palms, inquired him and then took the board, raising it up and putting it on the east side of the niches, then hanging on the door of the Meditation Hall and claiming that Qi Qi started today. 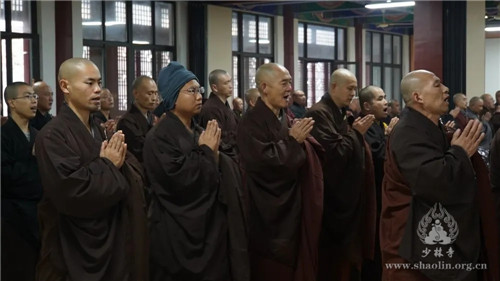 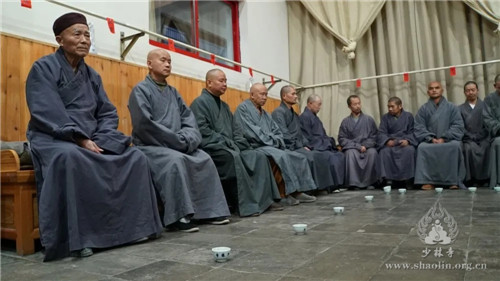 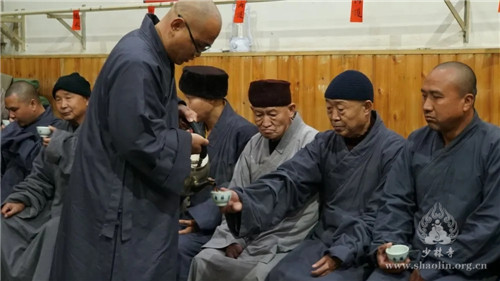 Major heads and Karmadana guided all monastics to the Abbot Hall and applied for permission to “Take Time off from Life and Death” with the Abbot after the monastics attending the Chan Qi worshiped ancestors at 3 pm. Venerable master Yongxin gave dharma teachings: “The Chan Qi of Shaolin Temple has been increasingly better for these years, having developing its own excellent system from foods to logistical support. The Meditation Hall provided nucleic acid test for each monastic entering the Meditation Hall against the pandemic this year, and provided guarantee for monastics’ efforts for the development of Buddhism. Many old Chan monastics also came back to Shaolin Temple for the Chan Qi while many new monastics vowed for the first time. It is hoped that all Chan monastics could contemplate Hua Tou and achieve realization within a set timeframe.” 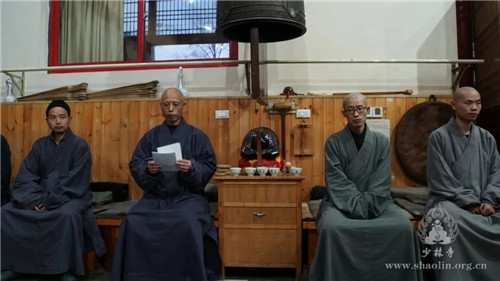 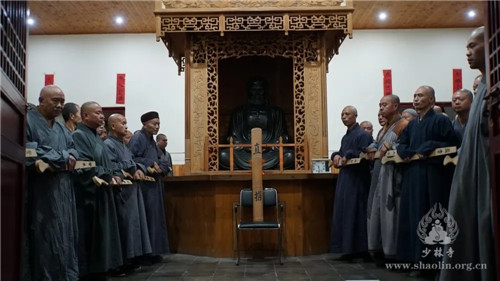 All Chan monastics followed major heads and Karmadana drinking tea together at the Meditation Hall in Shaolin Temple at 5:30 pm. During the time, Karmadana read out precepts of the Meditation Hall and the list of incense guards during the Chan Qi, and turned over the incense board. All incense guards and major heads held the incense board sideways, striking the time staff and the ritual objects to invite master Yongxin launching “Qi Qi” for the Chan Qi”. 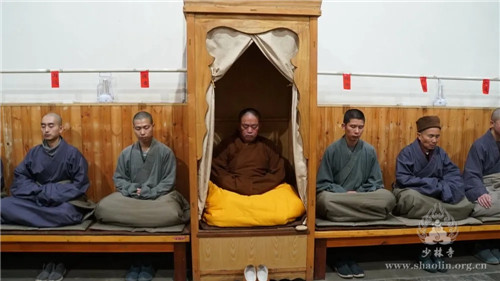 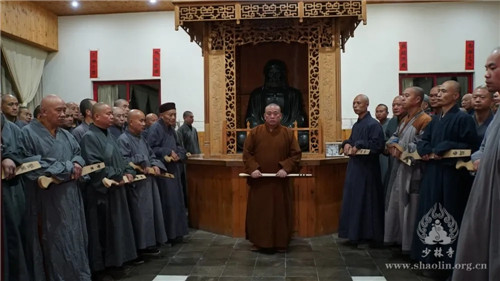 Venerable master Yongxin held the incense board entering the Meditation Hall and claiming dharma words Qi Qi. Then he cast the incense board on the ground, exclaiming: “Start...”, running during the duration of incense burning around the niches. (Edited by Yue Long and photographed by Ren Hongbing) 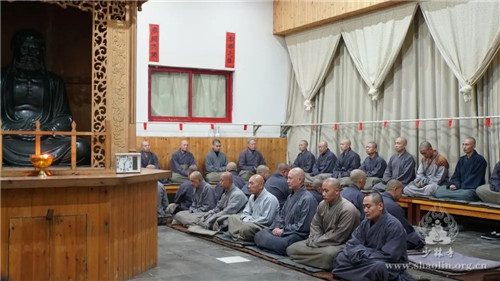