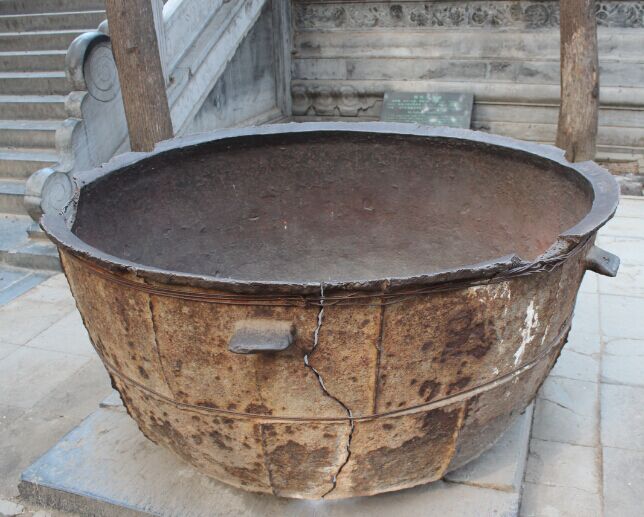 There is a large iron wok preserved on the east side of the platform in front of the Sutra-keeping Pavilion. This Shaolin iron wok is 1.68 meters in its caliber , the circumference 5 meters, the depth 0.83 meters, the wall thickness 0.02 meters and weights 650 kilos. The Chinese words “万历四年十一月少林禅寺常住造大锅一口，重一千三百斤” (Shaolin Temple Permanent Residence Compound has made a large iron wok in the 11th lunar month of Wanli four years, weighing 650 kilos) were carved along the side of the wok. There are five handles on the outside of the wok to help move. Both its One side and the bottom were cracked. This is a large iron wok the then Shaolin monks used to fry at that time, which is evident that monks in the Ming Dynasty were numerous.