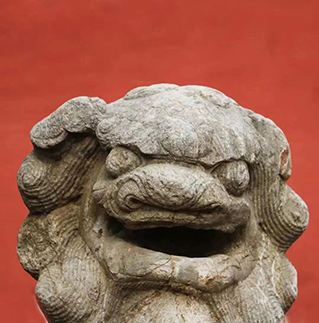 As a matter of fact, gong-fu training and Zen meditation are based on self-recognition, without relying on any external conditions. And this is what distinguishes gong-fu and meditation from science and philosophy. Moreover, the Buddhist transcendence in various areas is developed within, including from human to Buddha, from samsara to nirvana, form coast to coast, and from the present life to the supramundane life. So that all the Buddhist Scriptures can be abbreviated as “the Dharma Gates of Cultivating Heart”. However, the difference between Buddhism and modern science and philosophy also lies in exploring and verifying the inner world, and which enable the individual to look for the truth in self-enlightenment, as the Buddha told us:“You have to find out the truth yourself.”Just as they say, “he who drank it knows whether the water was cold or warm”. (From a speech by Shi Yongxin) 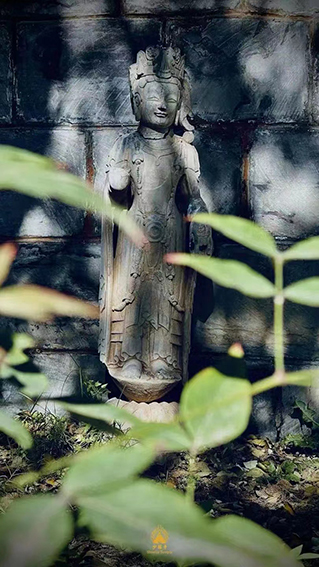 The Fundamental Goals of Buddhis...

To ensure that all the sentient beings can receive the real benefit of Dharma, that is the fundamental mission and ultimate goal of its existence, and by removing the obstinate befuddlement and defilements in inner space and overpowering the evil habits and attachments, so that Buddha-nature that enshrouded and hidden from one’s perception can be enlightened and one can be manumitted from the annoyances and vexations of the mundane life. For this reason, the Buddha is regarded as the greatest Healer. Moreover, Siddhartha preached Buddhist doctrines for over forty years aiming at telling us the way to liberation and leading us to the right path, which helps us with purifying our life and mind by actual practices and eventually to the way of nirvana and attain enlightenment. (From A Speech by Shi Yongxin) 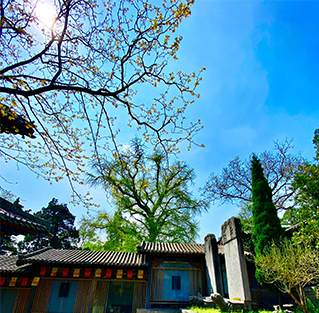 Whether People Can Benefit from ...

Worldly life under the background of reciting scriptures and repentance verses as well as burning incense and worship Buddha, especially the actual situation of rural life should be seen. It needs a process to improve rural believers’ quality meanwhile it also needs a process to improve their own qualities of Buddhist circle in rural areas. Now the Buddhist circle universally exists a state of mind fearing to be slapped label “feudalistic superstition”. I think it unnecessary and there should be making a concrete analysis of concrete conditions. The most important of all for Buddhism in the world is whether believers believing in religion could benefit from it as well as how much it can contribute to people. (From Words of Chan by Shi Yongxin)

Be Common in Mind

Now many people believe the statement of the Dharma Ending Period and think that Buddhist ethics slump in modern society. In fact, each era’s Buddhist ethics are about the same. Patriarch Bodhidharma taught the “Four Mental Formations”, accounting for exaggerated Buddhist atmosphere at that time; Xuan Zang, a monk in the Tang Dynasty,journeyed to India to seek scriptures, which declared the confusion of Buddhist thought at that time; meditation master Huaihai in Baizhang Mount made monastic rules for Buddhists, which indicated that great monasteries (conglin) had no manners and so on. Browsing through historical records, we can find out that there is always the criticism of the existing society. After reading the Biographies of Eminent Monks and Dharma Lanterns, we would think that eminent monks in Tang Dynasty and Song Dynasty converged. In fact, this was an illusion. The Eminent Monks and Dharma Lamps gathered eminent monks over hundreds of years together. There are no several eminent monks per decade according to average number. we always have great expectations of our own time, which is not a good thing, particularly bad for practitioners. Unreasonable expectation itself is a delusion. We should be common in mind, treating our time and our own cultivation. (From Words of Chan by Shi Yongxin)

The Buddha Picking up Flowers wi...

If gongan of Chan Buddhism is compared to beautiful flowers, then making the beautiful flowers grow is unremitting meditation practice of monks. We appreciate flowers, being not only see flowers, but also see branches and leaves that supporting flowers, even roots and soil. Flowers cannot leave branches, leaves and roots. If flowers left them, the former would fade. These gongan is so too and cannot isolate from monks’ daily practice. Only the basic stuff is profound and daily practice is enough or sufficient, meditation practice will be able to blossom and yield fruit. If people couldn’t ensure fundamental daily meditation practice, then a whole life of practice would not be able to blossom too, much less yielding fruit. There is a famous gongan of Chan Buddhism that Buddha picked up the flower with smile. The Buddha picked up a flower by which all people were under a spell but only Buddha is not so. As we read gongan of Chan Buddhism, all stories about gongan are beautiful flowers. Whether we could be under a spell, it lies in ourselves. (From Words of Chan by Shi Yongxin)

Practicing Kungfu is a profession. Martial arts is the foundation and Kungfu lies in youself. Practicing Kungfu has to be firm or solid: basic skills, sets, attack and defence as well as Kungfu, working steadily. The orderly Kungfu practice can change disorderly. Chan is the root and Kungfu lies in your heart. You must contemplate from your heart. Kungfu can’t be superb until finding your true self. (From Words of Chan by Shi Yongxin)