Kinnara, one of the Eight Divisions of Dragons and Devas, means “Heaven of Music” or “God of Song”. Kinnara is not one but a clan. According to legend, Kinnara, having attained Buddhahood, was incarnated an old monk of the kitchen in Shaolin Temple. Later generations of monks think Kinnara is Bodhisattva incarnated to protect Shaolin Temple. The statue of Kinnara is called the Dharma god of Shaolin Temple. 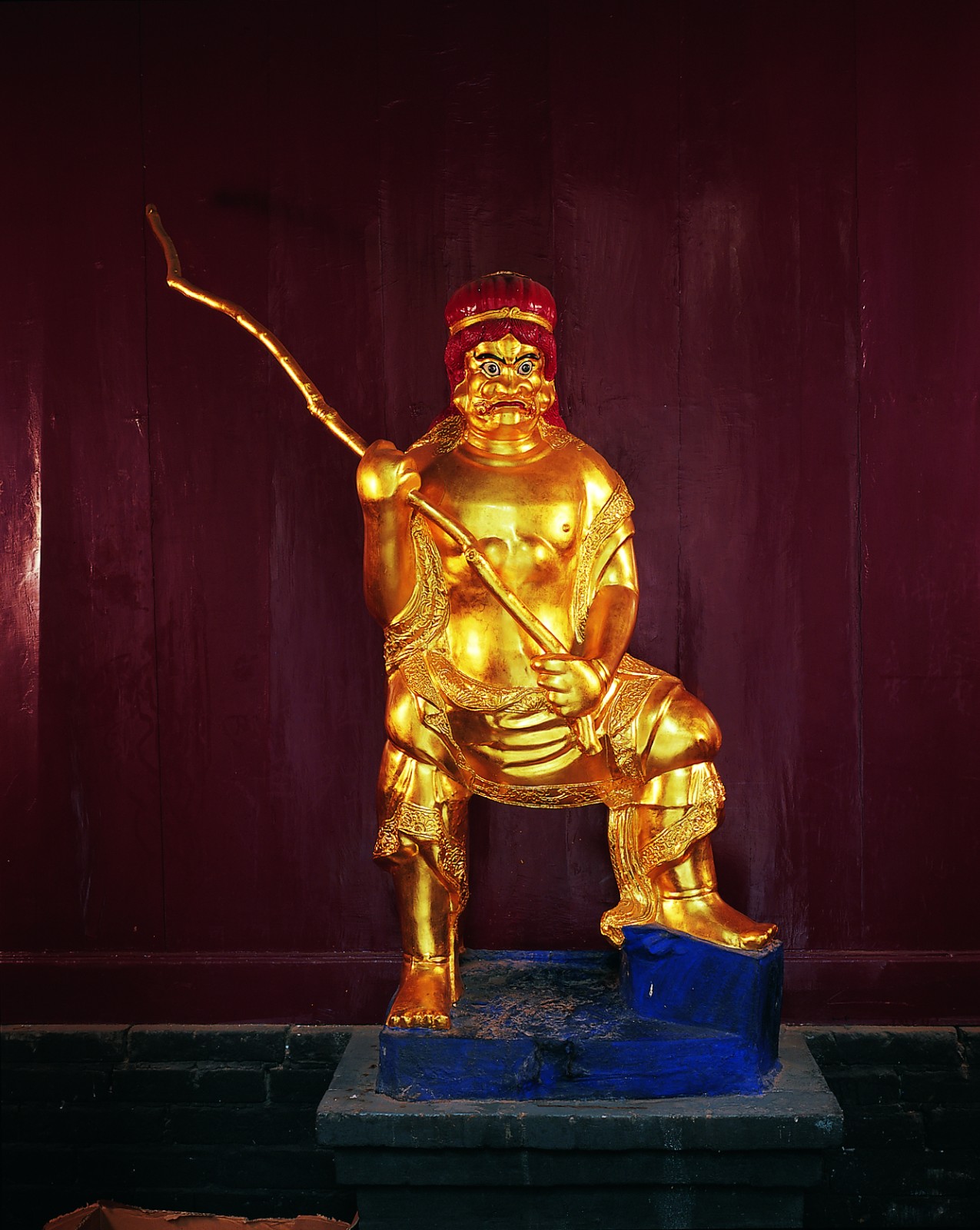