Dengfeng Holds the Founding Conference of the Buddhist Association of Songshan 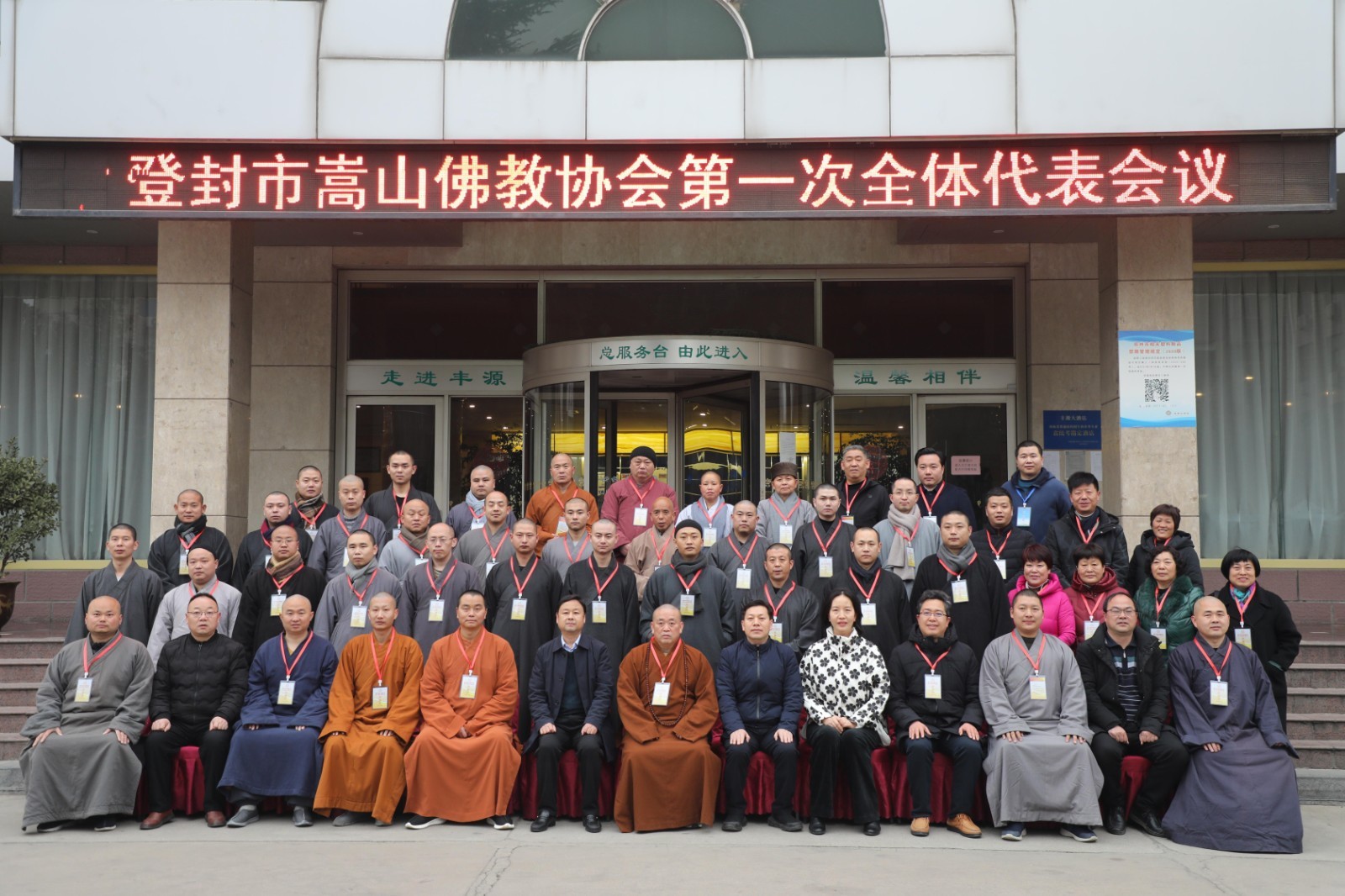 25 people have been elected as the members of the first council of the Buddhist Association of Songshan in Dengfeng and master Shi Yongxin as its president through full negotiations. 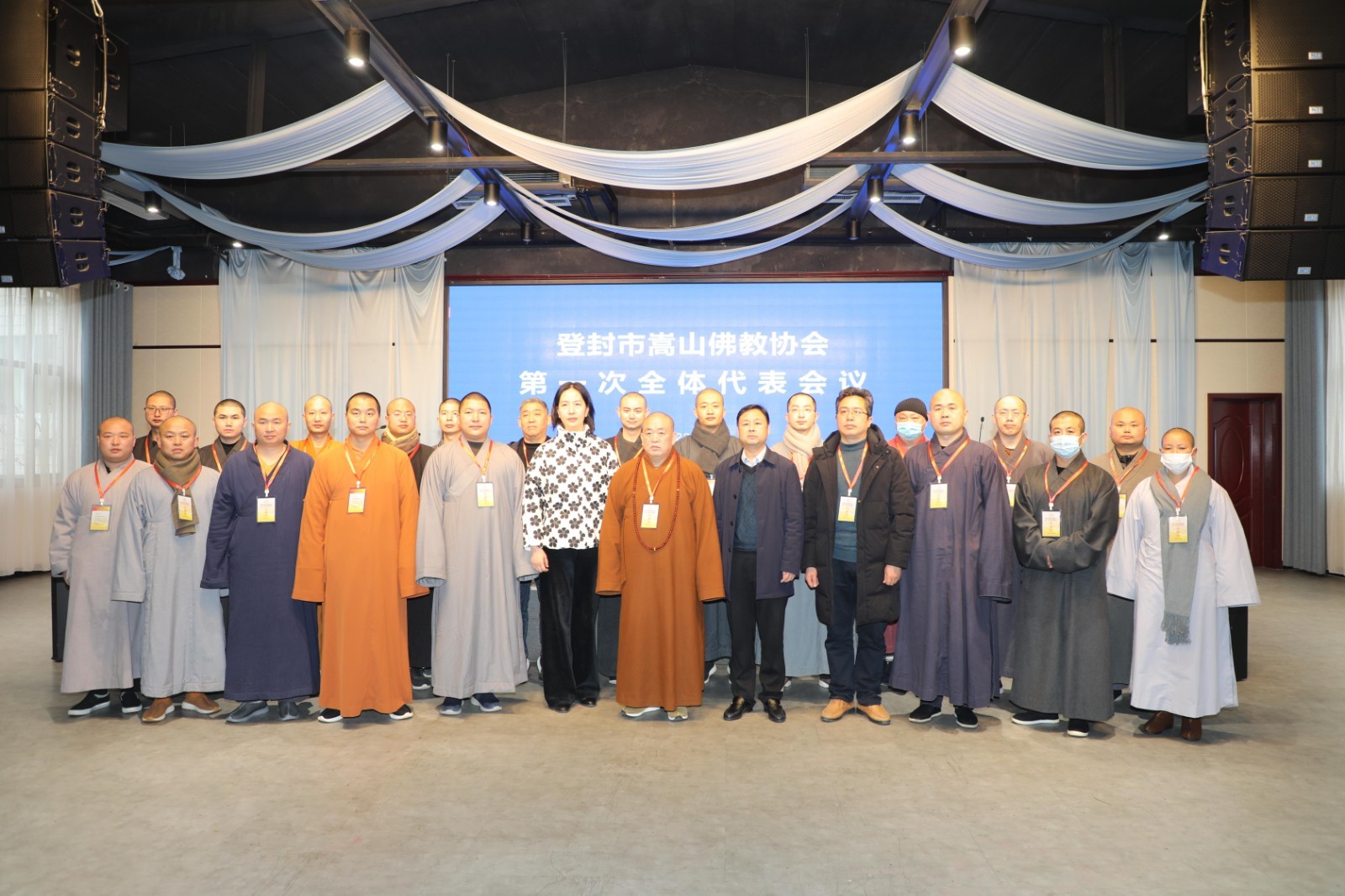 The meeting held that the establishment of the association has an important impact and far-reaching significance for the Buddhist circle of the whole Dengfeng city in sticking to sinicization of Buddhism, pursuing Humanistic Buddhism, strengthening self-construction and resisting ill effects of commercialization as well as promoting Dengfeng city’ s healthy inheritance, economic and social development, the construction of the grand tour city and other fields. 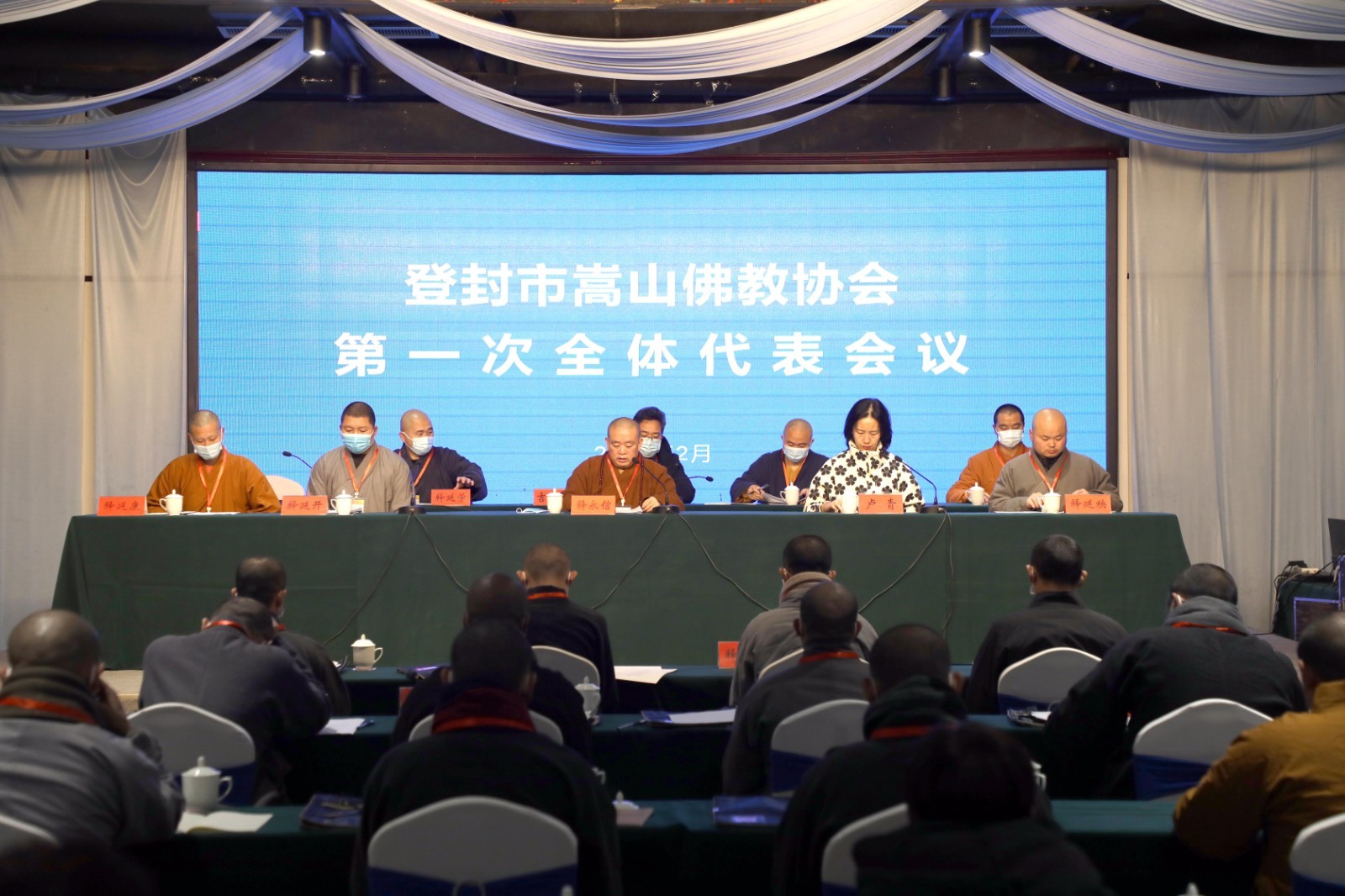 The meeting urged the Buddhist circle of the whole Dengfeng city to deepen the implementation of the basic policy on religion and the spirit of the national religious working conference, adhere to sinicization of Buddhism, strive to be better and enthusiastic, make interpretations of Buddhist doctrines and rules according with the requirement of the development and progress of the times, and fine traditional Chinese culture; strengthen the construction of the religion’ s style, standardize religious sites management, strive to cultivate high quality religious talents, further advance sinicization of Buddhism, and make a contribution to local economic and social development and social stability.

The conference called upon the Buddhist circle of the whole Dengfeng city, under the leadership of the Party committee and the government, to closely unite the Party Central Committee with comrade Xi Jinping as the core, be guided by Xi Jinping thought on socialism with Chinese characteristics, deepen the implementation of important instructions and written comments for the 19th national congress of CPC and the work general secretary Xi Jinping’ s inspection work in Henan province, fully implement the Party’ s basic policy on religion, actively promote sinicization of Buddhism, make efforts to create a new situation of religious affairs in our city, and make a contribution to much more amazing Central Plains, building a great modern socialist country in all respects and realizing the Chinese dream of the great rejuvenation of the Chinese nation. 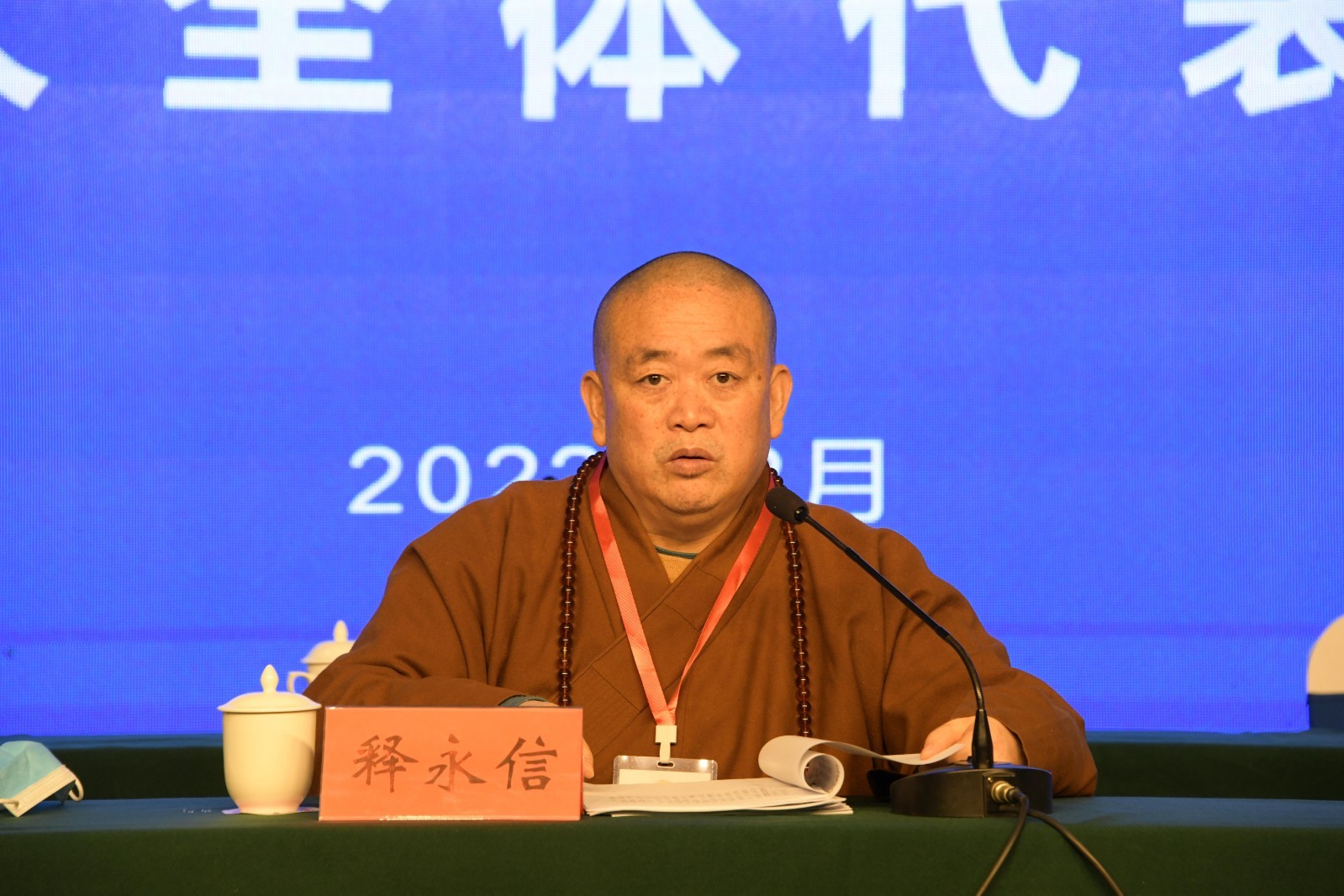 At the closing ceremony, president Yongxin expressed the establishment of the Buddhist Association of Songshan in Dengfeng is a tendency of the progress of the times, adapting to the social development demand, the requirement of Buddhist self-construction, inheritance and carrying forward of fine traditional Chinese culture, and more of a big thing our Buddhist circle in Deng always expect. 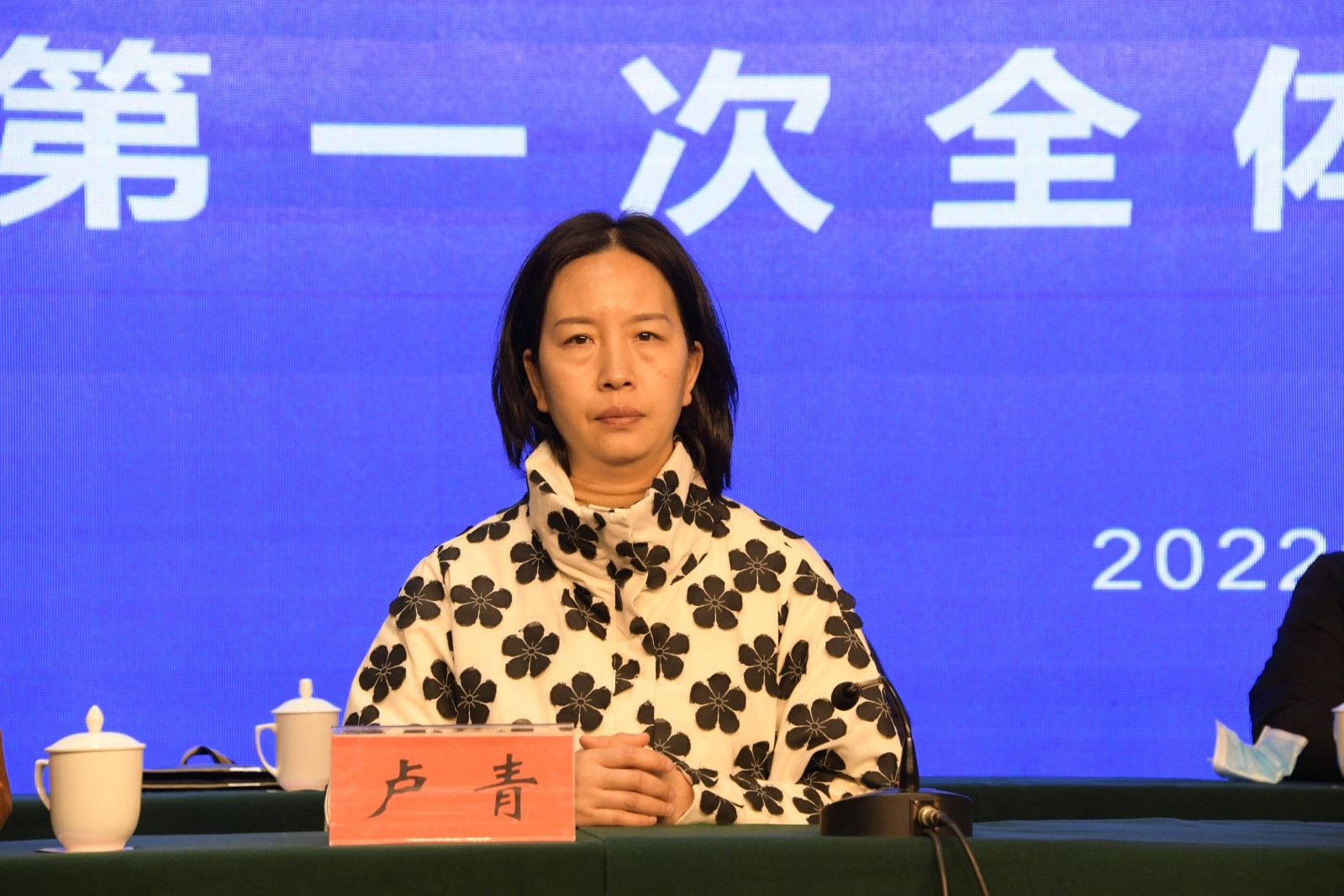 On behalf of the united front work department of the municipal committee and the municipal ethnic and religious affairs bureau, undersecretary Sun Lifeng conveyed his congratulations on the establishment of the Buddhist Association of Songshan, and also stressed that the association should enhance political awareness, and strengthen the political base of loving the country and religion and all rising together; build up the consciousness of responsibility and strengthen the thought foundation of carrying forward traditional Chinese culture and making Buddhist affairs flourish; enhance a sense of unity and strengthen the emotional foundation of getting along and making contributions to the society; enhance service awareness, strengthen the organizational foundation of carrying out religious affairs in accordance with the laws and regulations, and make a contribution to building a modern, beautiful Dengfeng city with the grand scenic spot and city characteristics in an all-round way.